How do tumor suppressor genes work?

There are 2 main groups of tumor suppressor genes: 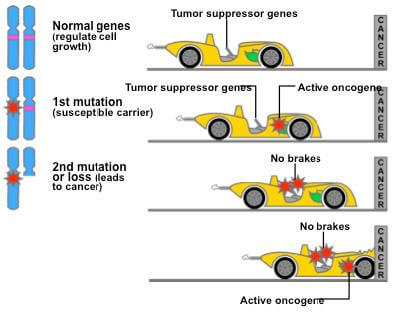 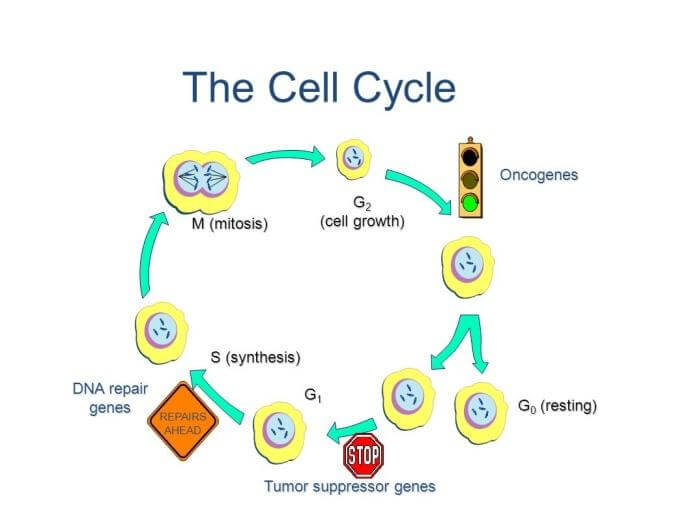 RB gene was first found in patients with inherited retinoblastoma. In 1971 Knudson hypothesized that two copies of the gene have to be dama ged for retinoblastoma to be present. His hypothesis was proven right, thus making Rb gene the first found tumor suppressor gene. This gene regulates the cell cycle by inhibiting G1 phase of cell cycle. If mutated, cells start to uncontrollably divide. This gene can be deactivated by 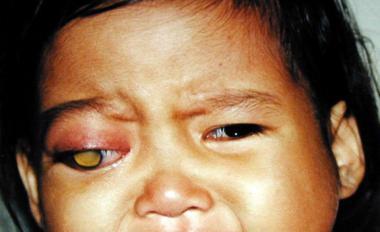 P53 gene is the most frequently altered tumor suppressor gene. Deactivation of this gene can be a cause for different types of cancer by the following process:

BRCA1 and BRCA2 (breast cancer 1 and 2) genes encode proteins that take part in repairing DNA and interact with other proteins. These genes and their proteins also take part in regulating activity of other genes. BRCA1 gene is believed to have an important role during embryogenesis, but the mechanisms are not yet understood. BRCA2 gene and its protein help in regulation of cell division. BRCA1 and BRCA2 mutations are associated with:

NF1 (neurofibromatosis 1) gene encodes protein- neurofibromin. It is produced in many cells, including nerve cells, oligodendrocytes and Schwann cells that make the myelin sheath which surrounds nerve fibers. Neurofibromin is a tumor suppressor protein which suppresses an oncogene- RAS. Neurofibromin turns off the RAS oncogene which normally stimulates cell growth and division. Mutations in NF1 gene are associated with:

WT1 (Wilms Tumor 1) gene encodes production of protein that takes part in the development of kidneys, ovaries (in woman) and testicles (in men). It has a role in cell development process when cells differentiate and gain a specific function. WT1 protein also has a part in programmed cell death process. WT1 protein carries out these functions by attaching to specific DNA regions and controlling activity of other genes. Mutations in WT1 gene are associated with:

Tumor suppressor genes mentioned in this article are only some of the currently known genes. They take part in many important processes of cell life, but the exact mechanisms of their action are still unknown. Genetic testing in case of cancer is important, because every case can give a new insight in the disease. Continuous research is carried out to better understand the actions of these genes and possibly find a way to prevent cancer.

If you found this article helpful, share it on social media. For your personal experience and comments use the box below.