Sacrococcygeal teratoma abbreviated as SCT, is a kind of teratoma tumor that is commonly developed at the base portion of the coccyx and is believed to have a primitive streak as basis for its structural formation. It is considered as the most common congenital tumor formation among fetus and neonates. 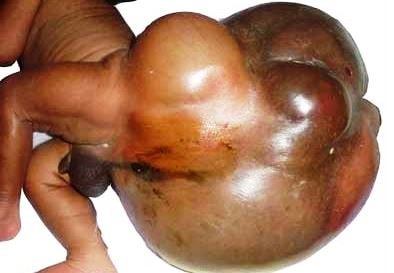 The incidence of its occurrence is estimated to be 1 in every 35,000-40,000 of live births. SCT is more predominant to be observed among females, with a male to female ratio of 1:4.

SCT tumors appear to be small and with benign characteristics and rarely arise as a form of a complication during the pregnancy period.

It may have the chance to grow at the time of the pregnancy of a woman and may end up to develop into blood vessels which are very large in size; making a burden of the heart to pump more blood in the presence of a tumor, which can result to a fetal heart failure known as hydrops fetalis and in turn be fatal to the lives of both the mother and the growing fetus. Symptoms rarely present with an SCT health problem.

The exact cause of sacrococcygeal teratoma remains unknown; however, it has been thought and noted to arise from the Hensen node through some totipotent cells located at the anterior sacrococcygeal area, during the second to the third week age of gestation.

The rise of large-sized vascular tumors causing the heart failure can lead to placentomegaly, formation of hydrops fetalis and then ending up with some fetal demise.

Polyhydramnios is usually noted due to an increase with the cardiac output of the fetus, which can be the reason for premature rupture of the membranes and preterm labor to happen.

An oligohydramnios can also be observed in the presence of a significant urinary obstruction problem caused by an intrapelvic portion of the developing tumor.

In the severe types of SCT, maternal mirror syndrome may be formed as it mimics the form of a hydropic type of fetus. Mothers can have some chances to develop the similar symptoms of severe preeclampsia which are proteinuria, emesis, peripheral edema, hypertension and pulmonary edema.

Fetal surgery is very much contraindicated once maternal mirror syndrome has actually developed due to some risks that it poses, and women who have this type of syndrome may undergo the termination procedures of pregnancy or have to deliver the fetus for the purpose of maternal safety.

Pathology based classification in relation to the location of the SCT according to the American Academy of Pediatric Surgery Section Survey: 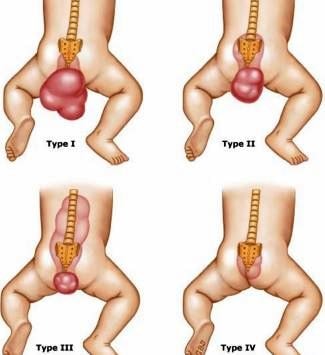 SCT can be diagnosed during the pregnancy through the utilization of a highly specialized type of a prenatal ultrasound with the following assessment results:

Sacrococcygeal teratoma cases mostly do not need any fetal treatment; although there has to be close maternal monitoring that should be done during the pregnancy period.

Delivery of the Baby with SCT

Babies who are diagnosed to be born with an SCT have an excellent level of long-term prognosis and have greater chances to grow and live normal lives like others do experience.

Most SCT tumors are only benign and just need to have careful monitoring as the child is growing up due to chances of possible recurrence of the tumor.

Some SCTs might be determined to be the cancerous type and for these, the attending physicians will recommend additional therapies, such as chemotherapies are to be planned with family of the child. 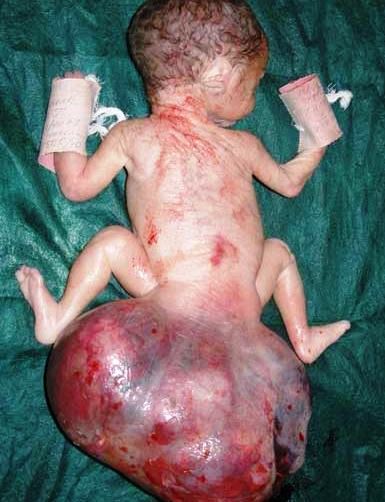