What is Tongue Cancer?

It is a subgroup of cancers located in the head and neck. This kind of cancer develops from the cells of the squamous group, which starts on the tongue’s surface layer.  Tongue cancer is often describes as oral cancer. It is a common and serious type of cancer that affects the mouth.  Often, persons who develop this kind of cancer are those who have a history of alcoholism or who are regular tobacco smokers. The good thing about it is that it is highly curable especially if it is diagnosed in the early stage.

Those with tongue cancer will usually have an unusual spot or sore that is visible on his or her tongue. It can appear grayish pink to red and it is ulcerated in nature. Aside from that, it bleeds easily whenever it is bitten or touched. Sometime the tumor can be quite large, affecting the person’s ability to speak or swallow.  Tongue cancer can affect anyone at any age. 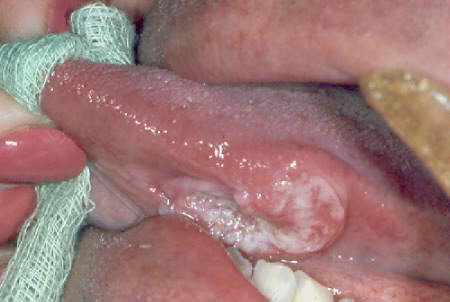 Persons who have tongue cancer will report to manifest and experience the following symptoms and signs:

The exact cause of why tongue cancer occurs to some individuals is up to this point still unknown. However, experts have found certain factors that could link to the development of tongue cancer, which includes:

Persons who have consumed high doses of alcohol are at high risk for the development of tongue cancer.

This holds true to previous radiation exposure that is used for past treatments of head and neck cancer. According to studies, persons who have previous exposure to radiation have an increased risk of having cancer affecting the tongue.

Men are the ones who are highly affected by this kind of cancer. This is due to the statistics that report men generally smoke and drink more than women.  However, gender itself is not a biological factor.

HPV or human papilloma virus, which is the etiological reason behind cervical cancer, is sometimes seen in oral cancer, particularly tongue cancer.

Another reason behind the occurrence of tongue cancer is brought about by the depressed immune system.

Another high risk is persons who have poor diet and nutrition, particularly a deficiency of vitamin A.

Smoking is the primary culprit behind tongue cancer. Persons who smoke often have a higher tendency to have this kind of cancer.

Upon the diagnosis of tongue cancer, staging is determined. Staging is a standard classification that bases itself on the present tumor size of the cancer cell, involving the lymph nodes and metastasized area.  It uses TNM stages or the Tumor, Node and Metastasis stages of the tongue cancer.  There are four stages of tongue cancer namely:

This is sometimes termed as carcinoma in situ. This is the pre-cancer stage where there is no metastasis and it is prominent within the boundaries of the organ affected, which in this case is still in the areas of the tongue.

This is the early stage of tongue cancer. There is some tumor growth that is approximately 2 centimeters and no metastasis in any organs nearby or in the lymph nodes.

The tumor grows within the approximate size of 2 to 4 centimeters. Still there is no metastasis.

Here, the tumor is already a spread in the mouth area.

The tumor has spread to the lymph nodes and it has grown bigger than 6 centimeters.

This is the last stage of the tumor wherein the tumor has spread to distant organs.

The goal of treatment is aimed at curing of the cancer or complete remission of the disease condition. The treatment for tongue cancer involves the following:

Surgery deals with the removal of the tumor that is cancerous and its nearby tissues and lymph nodes. This is often the first treatment option done.

This deals with strong anti-cancer medications that are taken by the patient to eradicate the cancer cells.

This is done to shrink tumors and kill the cancer cells. This uses a high magnetic resonance.

This makes use of drug therapy that specifically targets certain cancerous cells like monoclonal antibodies, which have the ability to interrupt the growth and spread of cancer.

These treatments are sometimes referred to as alternative therapy.  This may include yoga, massage therapy, and acupuncture. 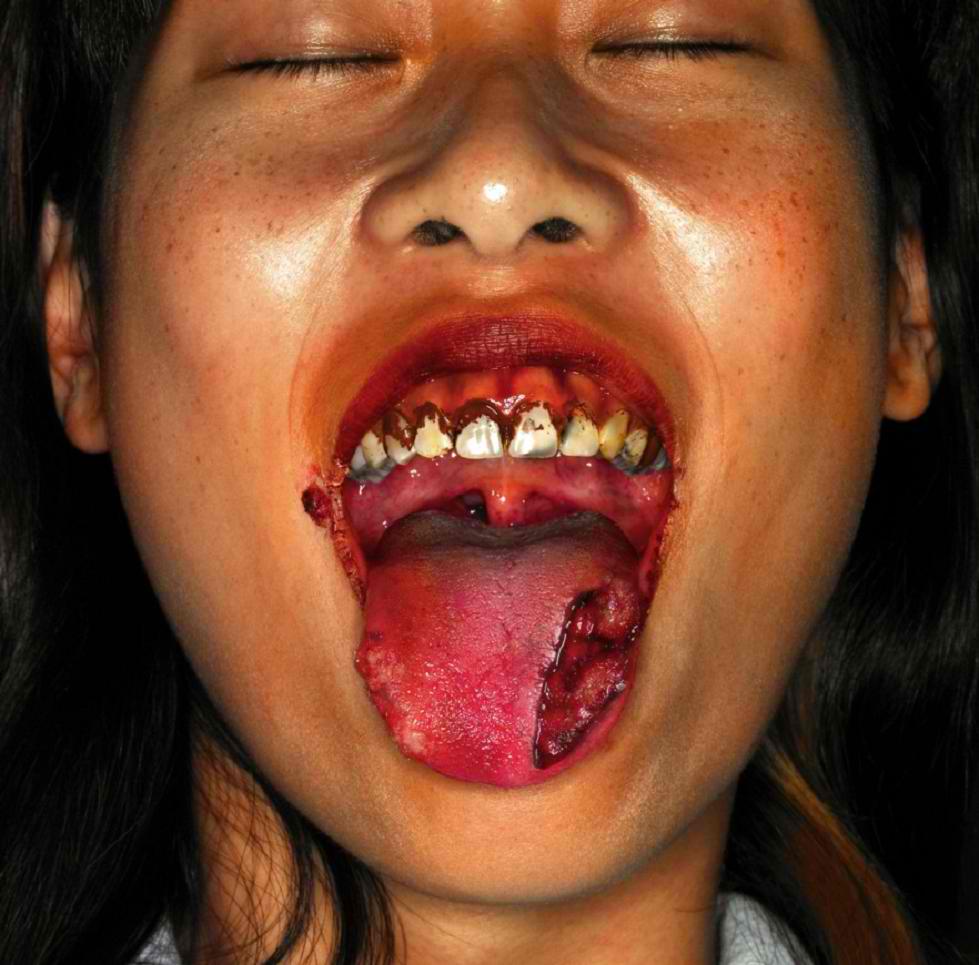 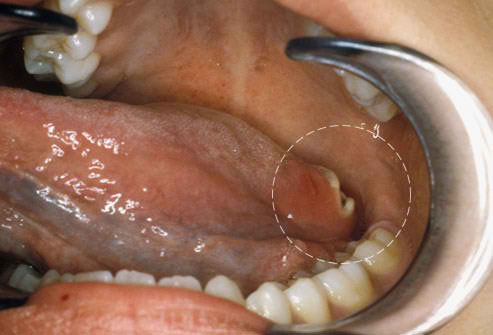 Ulceration in the Tongue as an Initial Sign of Tongue Cancer 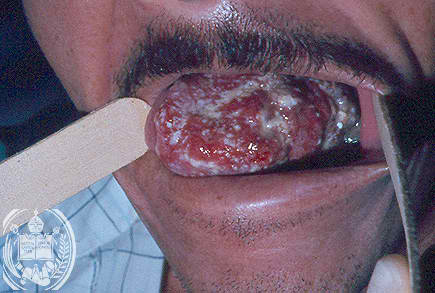