When the tumor of the lungs begins to undergo an uncontrolled growth of cells in lung tissues, the condition is referred to as a lung cancer. Lung cancer has been one of the many cause of deaths in both genders and any part of the lungs can be affected.

This is also known with its other name small-cell carcinoma. It is highly malignant and could spread quickly to other parts of the body as compared to non-small cell cancer. 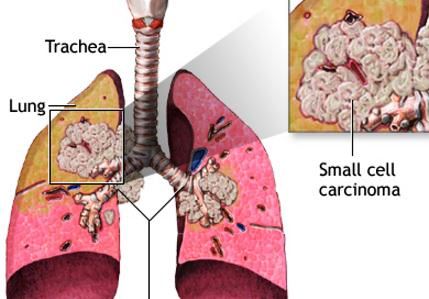 This accounts for about the 85% up to 90% of lung cancer cases. It has three main cell subtypes based on the differences in:

The symptoms of oat cell carcinoma or other lung cancers can be alike to the symptoms of some other conditions. In most cases, there are no symptoms present until it had spread widely in various areas. Metastasis which is the spreading of cancer from one organ to another frequently occurs, and is accompanied with different signs and symptoms depending on the region of metastasis.

It is common to the liver, bones, brain, and kidney in oat cell carcinoma. Breathing problem is a typical symptom in the last stage due to the blockage of the air passages caused by tumors and reduced flow of oxygen into the lungs.

Clinical symptoms may include:

Tobacco smoking is often the cause of oat cell carcinoma and non-small cell cancer.

Risk factors which may lead to Oat Cell Carcinoma:

Oat cell carcinoma spreads so fast in other parts of the body that by the time the person is diagnosed, it might already be in the last stages of the condition.

Physical examination is done completely by an attending physician to assess for the presenting symptoms before taking the patient’s medical history. Depending on the symptoms, smoking history may be asked as well.

Diagnostic tests to precisely confirm the condition include: 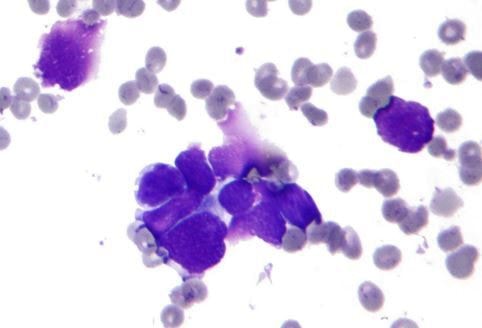 Fast treatments results to better outcomes. For people in the extensive stage of cancer, treatment goal is only to ease the symptoms and not eliminate them.

Unfortunately, oat cell carcinoma has a low survival rate since this disease is aggressive. For limited stage, an estimation of 45% survives with a span of 2 years and 20% survives for 5 years. For extensive stage, there is about 4.6% chance that a person survives for 2 years.

Prognosis is poor with about 6% of individuals who survive for as long as 6 years. When left untreated, survival is 2 to 4 months. If there are treatments, extensive last stage patients live for about 6 to 12 months.