Gestational trophoblastic disease abbreviated as GTD is the name used for certain tumors that rarely occur in times of pregnancy in the outer area of the sac referred to as fetal chorion, where it surrounds the baby in the womb as it grows. 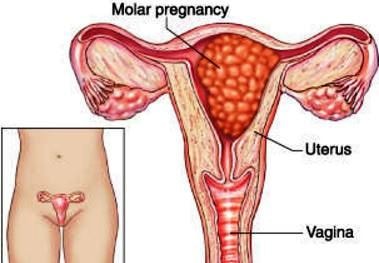 This tumor starts to grow when trophoblast cells; the placenta’s normal cells, changes and form a mass. The condition is usually benign or non-cancerous in most cases although some growths can be malignant, which means they could proliferate to other body parts. Gestational Trophoblastic Disease commonly occurs when there is some problem in the combination of a woman’s egg and a man’s sperm.

The placenta is the organ that is developed in the course of the pregnancy, so that the mother can supply enough nutrients to the fetus. Trophoblast cells aids in the formation of the placenta by connecting the fertilized egg to the uterine wall. When this problem occurs, a tumor is formed instead of a healthy fetus.

It is essential that the woman talks to the physician if any abnormal symptoms occur during pregnancy since GTD might be suspected based on its common pattern of signs and symptoms.

Gestational Trophoblastic Disease does not normally cause symptoms in early stages since it may be similar to a woman’s normal pregnancy.

Symptoms that could indicate a potential problem include:

The egg cells and sperm will normally produce a set of 23 chromosomes and creating a cell with a total of 46 chromosomes. The cell will then divide and will become a fetus after some time.  This normal process does not happen with Gestational Trophoblastic Disease.

This occurs when a single normal egg cell is fertilized by 2 sperm cells at the same time, which will then result to 69 chromosomes instead of 46. An embryo with a total of 69 chromosomes cannot grow and develop into a normal infant but instead, a malformed fetus with a partial hydatidiform mole and normal placental tissue is formed. 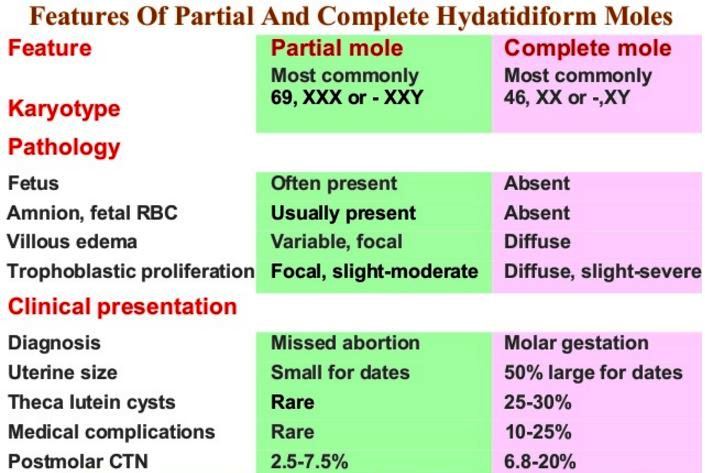 Choriocarcinomas mostly develop from recurring hydatidiform moles and when some tissues are left in the womb after an abortion, miscarriage, or the delivery of the baby. Certain changes in the genes cited in choriocarcinoma cells have been found by researchers, but are not clear as to what causes it.

Invasive moles are hydatidiform moles that grow in the uterine muscle layers. The causes are not clear as to why it happen.

Placental-site trophoblastic tumor (PSTT) usually develops after full-term pregnancies and they do not have any villi compared to the other moles.

Epithelioid trophoblastic tumors are very rare tumors which also develop after full-term pregnancies though it could occur many years later.

This is very important in the diagnosis of Gestational Trophoblastic Disease in order to view the internal structures of the body. An ultrasonographic pattern may be noticed which consists of various holes in the placental mass and no fetus are usually present. Focal cystic spaces in the placenta may also be demonstrated in this diagnosis.

Elevated human chorionic gonadotropin (hCG) hormone is revealed in blood or urine tests. If hCG is elevated, it should also be measured since GTD is suspected.

Treating Gestational Trophoblastic Disease usually involves evacuation of pregnancy and other procedures to prevent complications and ease symptoms. Treatment options for this disease include:

This is very effective in treating GTD. It involves the use of anti-cancer drugs for cancer cells that had already spread to other areas of the body.

This is for the removal of uterine contents from the cervix.

This refers to the surgical removal of the uterus and other surrounding affected structures.

This is only used if the cancer has spread and the patient is not responding to chemotherapy. The said treatment utilizes uses high-energy x-rays to disrupt cancer cells.

The disease can cause an extensive range of complications and this includes: 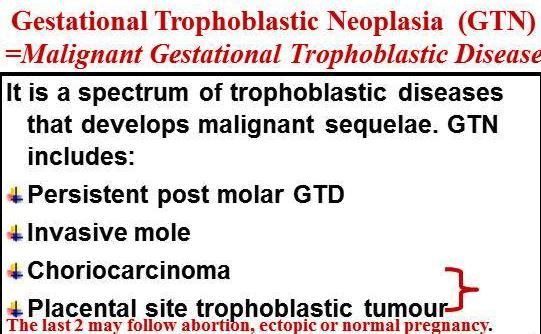 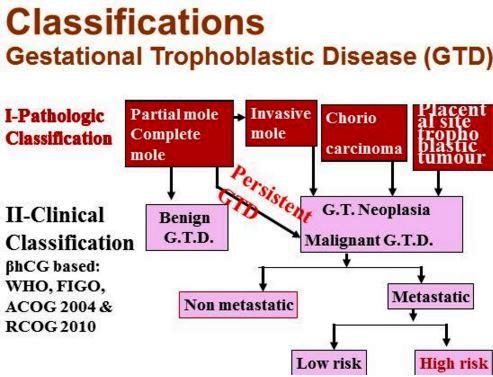 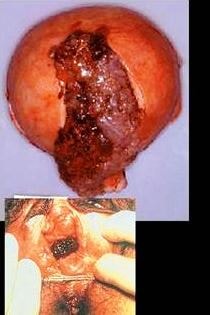