What is Sinus Cancer? 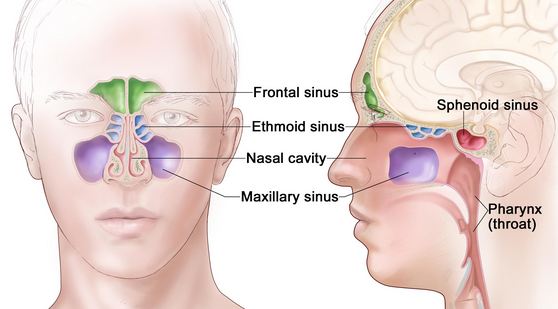 Symptoms and Signs of Sinus Cancer

The Symptoms and Signs of the Sinus Cancer can be very difficult to be diagnosed. It has been observed that the signs and symptoms are quite similar to that of the Sinus Infections. However, it is very important to observe the symptoms of the cancer as it can become very dangerous if not taken care at an early stage.

The causes of the Sinus cancer are very common. Infected cells, tissues or the tumor are the common causes of the Sinus cancer. The causes of the Sinus Cancer can be cancerous infection that causes cancer. The most common type of cancer cause is squamous carcinoma. Squamous is thing and Flat Cells present in the Nasal Cavity. Apart from it, Cancer from Melanocytes, Connective Tissues and tumors inside the Nasal Cavity could also be the reasons for Sinus Cancer. The basic reason for cancer is same like other forms of cancer. Apart from it, genetic mutation or behavior can also be held responsible for the disease. However, not much research has been done on the genetic ground.

Treatment of Sinus Cancer often depends upon certain parameters. The cause of the cancer, tumors, size of the tumors, criticality, and the infected areas are the major consideration for the Sinus Cancer. According to medical experts, the most common treatment for Sinus Cancer is the Surgery. However, the success of the surgery largely depends on the criticality. However, if the patient is at an early stage and is operated the chances of recovery gets doubled. Apart from Surgery, Chemotherapy is another common treatment option for Sinus Cancer. Drugs are applied to destroy the cancerous cell. Radiation therapy can also be given to do the same. However, success of the therapies depends upon the area that cancer has spread. Sinus Cancer spreads very fast and often treatment becomes a consolation rather than the solution.