It is a cancerous tumor that develops in the cerebellum. The cerebellum is responsible for the control of coordination and movement. Medulloblastoma is a malignant central nervous system tumor that affects children. Medulloblastoma is formed from poorly developed cells in the brain. This type of tumor commonly arises in the posterior portion of the brain fossa. In addition, it is often called as PNET or Primitive Neuro Ectodermal Tumor. 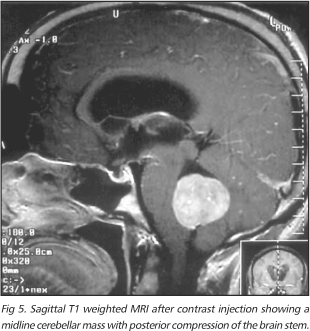 The symptoms of Medulloblastoma are brought about by an increase of pressure in one’s skull because of the intracranial pressure present. The common symptoms affected are:

Cerebellar depicts where the cancer is located, accordingly, it is in the cerebellum area of the brain. It is often the common site of Medulloblastoma. The central part of the cerebellum is often the affected part when it comes to this disease condition.

It is a medical term that denotes the spread of the pathogenic cancerous microorganism or cells from the site of origin to nearby or distant areas of the person’s body.

It is another medical term, which connotes a loss of the differentiation of the cells and their orientation to each other. It is one characteristic that the cancer cell is malignant.

This is a medical term given for when there is a presence of growth in the connective or fibrous tissue. It is also associated with malignant kinds of cancer. It evokes a fibrosis response via the invasion of the healthy tissue.

The cause of Medulloblastoma is still unknown. Yet, certain research studies have pinpointed possible factors that could lead to its development. The tumor arises from cellular embryos that are in their primary phase of the developmental stage. Some state that it emerges via the Cerebellar stem cells that are not differentiated. Another key factor is genetics, where the lacking of chromosome 17 could lead to Medulloblastoma. Other experts say that environmental factors such as the use of food additives or mobile phones frequency could lead to such development. An increase risk of Medulloblastoma happens to persons who were frequently exposed to radiotherapy.

The treatment of Medulloblastoma, which is a kind of cancer, involves three primary treatments, which are:

Surgery aims to remove the tumor without damaging the healthy and normal brain tissue. This is the first step of treatment. 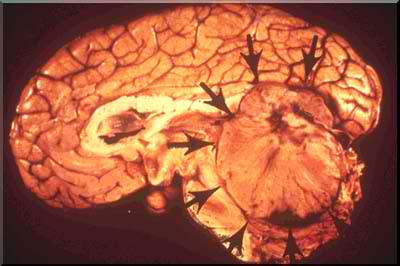 This is done by a radiation machine and treatment is given in scheduled doses. This is used commonly after any surgical procedure and is aimed at the destruction of the remaining malignant cancer cells that were not removed with surgery or were not found.

Lastly, this is one of the important treatments of Medulloblastoma. This deals with the anti-cancer medications, which are used to control and kill cancer cells. It may be given orally, intravenously or via injection.