What is Fallopian Tube Cancer? 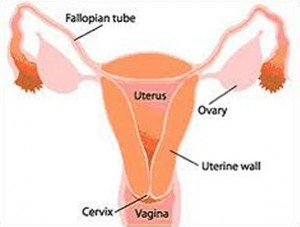 Anatomy of the Female Reproductive System

The usual type of fallopian tube cancer is adenocarcinoma which constitutes 95% of all tubal cancers. Some tubal cancers may be transitional cell carcinoma and leiomyosarcoma. 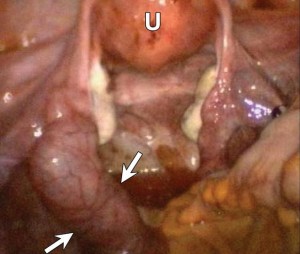 Fallopian tube cancer is the most uncommon cancer involving the gynecologic structures. It accounts for only 1% of all gynecologic cancers. Incidence rate is 3 in one million women a year.

It affects women at the ages between 50 and 60 years old. It can also occur among all age groups. Caucasian, non-Hispanic population is usually affected. Those who have no children or have few children are affected.

Since tubal cancers are very rare, there is only little information about it.

Symptoms are very non-specific without any confirmatory diagnosis and may mimic those of ovarian cancer. Symptoms are also vague during the early stage of cancer. Signs and symptoms include:

Chronic inflammation and infection of the fallopian tubes

Infections arising from untreated sexually transmitted diseases may be a factor for the development of the malignancy.

About one-thirds of women who suffered from fallopian tube cancer had genetic mutations. This gene mutation arises from heredity of ovarian and breast cancer genes, specifically the BRCA gene. Presence of family history of ovarian and breast cancer from two or more close relatives (mother, sister, daughter) means that you may have higher risk for developing those cancers and fallopian tube cancer.

Few Children or no children at all

Some proponents say that absence of conception may also lead to fallopian cancer although the scientific basis has not yet been studied.

Staging is usually determined during surgery. Fallopian tube cancer progresses as illustrated by the following staging:

This stage only involves malignancy on the tubal mucosa

Stage I -Growth in the fallopian tubes

Stage IA involves affectation of only one tube with spread to the muscularis and submucosal layers of the tube. There is no penetration of the serosal surface and there is also no ascites. Ascites is the accumulation of fluid in the peritoneum as a result of obstruction in the circulation resulting from the tumor.

Stage IA involves affectation of both tubes with spread to the muscularis and submucosal layers of the tube. There is no penetration of the serosal surface and there is also no ascites.

It involves either Stage IA or Stage IB which extends on the serosal surface or with ascites. The fluid from the ascites contains malignant cells. Peritoneal washings may also indicate a positive result. This is done by instilling fluid in the peritoneal space then aspirating it again to determine any malignant cells in the peritoneum.

This stage already involves spread to the ovaries or uterus.

There is already affectation of other pelvic organs.

It involves STAGE IIA or Stage IIB with positive peritoneal washing or ascites with malignancy.

There are already peritoneal implants (studs of tumors on the abdominal wall). Structures involved may include the omentum, small intestines and liver. Inguinal and retroperitoneal nodes may also be affected.

There is gross tumor on the pelvis with microscopic seeding on abdominal structures through histological confirmation.

There is gross tumor on the pelvis with abdominal implants on abdominal structures through histological confirmation, which are less than 2 cm in size. No inguinal or retoperitoneal nodes affectation.

There is gross tumor on the pelvis with abdominal implants on abdominal structures through histological confirmation with size greater than 2 cm. Retroperitoneal and inguinal node affectation is present

There is extensive malignancy in the pelvic and abdominal area with metastases to distant organs such as the lungs. Parenchymal liver metastases may also be noted. Pleural effusion is detected, which is tested for malignant cells.

Tumors inside the fallopian tube are difficult to detect, which makes the diagnosis for tubal cancer difficult. Diagnostic tests include:

Gynecologic ultrasounds are also done to detect any tumors in the area. A cogwheel appearance (sausage-shaped mass with fluid filled center fallopian tube) is commonly seen. Pulsed Doppler ultrasound and transvaginal ultrasound are the most promising ultrasound technique to detect tubal tumors.

MRI or CT Scan of the pelvic area

Advanced imaging studies may be performed, however, fallopian tube cancer is still hard to detect.

Analysis of the fluids itself may be used, but appears to be an unreliable technique.

Biopsy of the uterus

Tissue samples from the uterus may be taken to detect any cancer, but this diagnosis is essential in Stage II cancer where there is already metastasis on the ovaries and uterus.

The most definitive diagnostic test is after performance of surgery and subjecting the tissue for biopsy studies. This test also determines the stage of the cancer.

Treatments for fallopian tube cancer are similar to all gynecologic cancers. Treatment regimens are individualized depending on the medical history, stage of the disease and personal preference. These include:

A total abdominal hysterectomy bilateral salphingo-oophorectomy (TAHBSO) is done when cancer has already spread to the ovaries, uterus and cervix. In early stage of the disease, a salphingectomy (removal of the fallopian tube) may only be done to preserve other organs.

Stage III cancers also involve the removal of the omentum and lymphadenectomy. The staging of the cancer often directs additional treatments.

The technique for surgery used is cytoreductive surgery, which means that tumor bulks are removed as safely as possible. A second look (repeating the abdominal surgery) may also be employed to recheck any tumors left.

Platinum-based chemotherapy serves as an adjunct to surgery to completely eradicate the cancer cells. Cisplatin agent is often used. Cisplatin is more responsive in fallopian tube cancer than other non-cisplatin agents.

Radiation therapy may be instituted for curative and palliative indication.

Medroxyprogesterone and megestrol acetate has been used with chemotherapy, although the exact mechanism of which remains unclear.

Combined modalities for tubal cancers include cytoreductive surgery, chemotherapy and radiation on the pelvis and abdomen. The three regimens are usually done successively from surgery to chemotherapy and lastly, radiation therapy.

The prognosis is influenced by the specific stage of fallopian tube cancer. Since there are limited cases, general prognosis is also limited. The extent of postoperative residual disease and treatment may also affect the prognosis. During the past two decades, 50% of the cases under stage IV had 5 years survival after chemotherapy and surgery. Fallopian tube cancer has better prognosis than malignancy in the ovaries.

Survival rate of Stage I cancer is 95%, stage II is 75%, Stage III is 69% and Stage IV is 45%. The survival rate was determined using a five-year survival after the cancer diagnosis.