What is Schwannoma Tumor?

Schwannoma is otherwise known as neurilemmoma or vestibular Schwannoma, which is a noncancerous tumor. It is a tumor that is known to affect the covering of the nerves, which is known as the nerve or myelin sheath. It is developed in Schwann cell, where the disease gets its name.

It is known to affect the acoustic nerve, which is part of the eighth cranial nerve. This kind of nerve is responsible for balance and hearing sensation. Due to such, it is often described as acoustic neuroma or vestibular Schwannoma. There are actually many types of Schwannoma such as:

It is basically the benign intracranial tumor affecting the myelin formation cells of the cranial nerve eight or the vestibulocochlear nerve. This is brought about by the Schwann cell’s overproduction. This is a slow growing tumor and is a noncancerous kind. It affects the balance and hearing of the person.

This is another term of vestibular Schwannoma. It is a benign tumor that arises from the nerve that affects one’s balance. It is also an uncommon etiology behind the loss of hearing sensation. It does not metastasize and occurs rarely. They are commonly reported in persons who ages 40 years and above. It is more common in adult women than in men.

This is the second most common kind of intracranial Schwannoma. It is associated with type 2 neurofibromatosis and has the ability to occur sporadically. This is a rare disease condition, which originates from gasserian ganglion, trigeminal root. In addition, it has a dumbbell kind of appearance when both ends extend both cavernous and cisternal sinus.

This kind of Schwannoma develops in the spinal cord region. It can either be malignant or benign in form. This is a rare kind of disease condition. It is a slow growing kind of cancer, which appears on the person’s myelin sheath. It is often called as neurolemmocytes.

Ancient Schwannoma displays degenerative changes that are histological variants found in most long standing kinds of tumors. In addition, persons with such types usually have a presence of a marked nuclear type of atypia. Ancient Schwannoma also has a characteristic of calcification, hemorrhage, hyalinization, and cyst formation.

Malignant Schwannoma is a type of cancer that deals with the connective tissue surrounding the nerves. It is a soft tissue sarcoma affecting the sciatic nerve and the nerves in the lower back region running through one’s leg. This type of Schwannoma can also be located in the top portion of the arm.

It is the type of Schwannoma, which occurs rarely and pertains to the abdominal torso, which is between the sacrum and the diaphragm. Anatomically speaking, it originates from the nerves that pass through the foramina of the nerves.

Persons with Schwannoma often report the following symptoms and signs like:

Persons with Schwannoma may be diagnosed by undergoing a complete medical history and physical examinations as well as tests like:

It is a diagnostic procedure that makes use of the combination of radiofrequency, computer and magnets to be able to come up with detailed images of structures and organs of the body.

It is another diagnostic test using imaging technology, making use of sound waves of high frequency in order to see the internal structures and organs. Through this exam, soft tissue masses are often detected.

This makes use of electromagnetic energy, which is invisible, to be able to gather with images of bones, internal tissues, and organs into film. However, Schwannoma can’t be visibly seen via x-ray but x-ray is needed to be able to assure that the bone in the adjacent area is not involved.

Lastly, biopsy is a surgical procedure wherein a health practitioner gets a sample tissue from the suspected tumor and is view under the lens of the microscope.

According to experts, Schwannoma are both simple and benign. For the removal of it entails a minimally invasive surgical procedure. Given the fact that Schwannoma are such, there will be only slight to no possibility of recurrence of the disease condition. When it comes to surgical procedure, skilled neurosurgeons should be approached. After the surgical procedure is done, most often the person will have dysfunction of the nerves for a few days after surgery. The person may report side effects of tingling, numbness, needle and pins sensation. At times, it may cause trauma to the nerve, which may result to a temporary pain and sensitivity of the nerves. 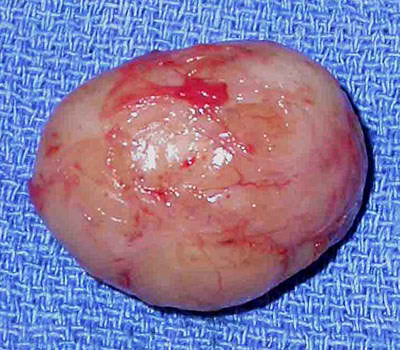 This is a treatment option warranted especially if the Schwannoma is in its malignant stage. Chemotherapy deals with anti cancer medications, which are most often given via intravenous site. While the radiation therapy or radiotherapy uses energy beams aimed at the tumor itself. Both of these treatment options have side effects of vomiting, headaches, malaise, and nausea.

Through successful surgical procedures, the nerve pressure that affects hearing and balance will be relieved. Other treatment includes radiation and chemotherapy. This is a challenging disease condition to treat because of its rarity. Despite that fact, it can be possible to completely eliminate the tumor in one’s nervous system. You just need an expert and a well-trained health practitioner to do it.