This is an uncommon variety of brain tumor that affects the oligodendrocyte found in the brain. When viewed under the microscope, the cells give the impression of numerous minute fried eggs. They may appear as normal growing cells but they often develop at a faster rate. These tumors often appear at the frontal, parietal and temporal lobes causing seizures to occur more frequently among its patients. Most of these tumors often have calcium or bone fragments that easily result in bleeding. During the initial stages, the calls may appear as benign but also have the potential to become cancerous. The cancer often affects men more than women, especially those between the age range of 35 to 40. 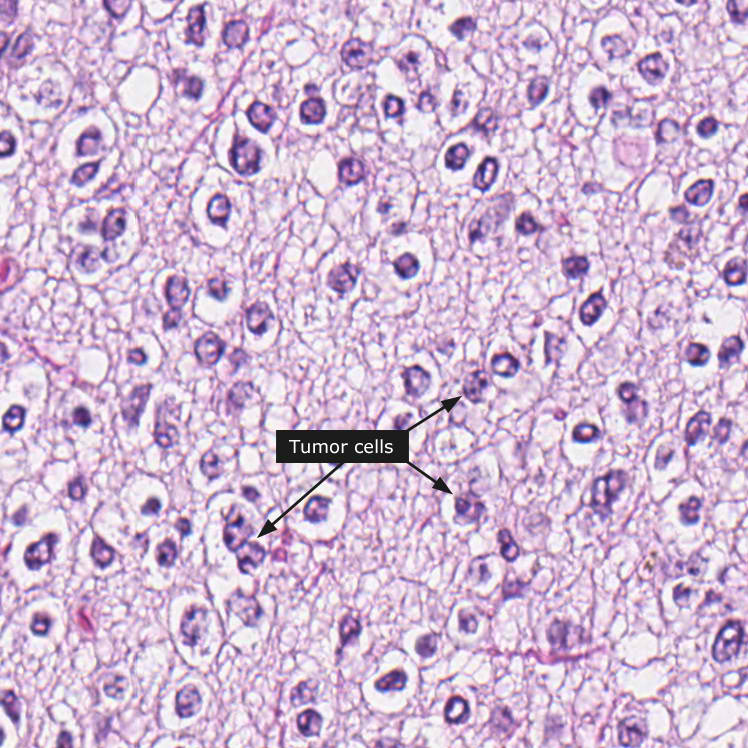 This particular disease can cover a variety of symptoms. The symptoms may be mistaken for a stroke but they often progress slowly. Often, by the time the patient consults medical attention, the tumor may already have grown larger. Tumors in the brain such as this can cause varied neurological symptoms depending on the location of the tumor. When the tumor is found in the frontal lobe, it often causes:

When it appears in the parietal lobe, it often causes:


When the tumor occurs in the temporal lobe, it often results to:

The grading system for brain tumors is one developed by World Health Organization where it uses the Grade I – Grade IV scale, where Grade I is the mildest and Grade IV is the most serious. Grade II and III cover those conditions that links the two extremes. In this condition’s case, the grading also helps differentiate the two types of oligodendrogliomas.

This is a low-grade brain tumor and benign in nature. It develops at a slow pace but can create tumors that have highly distinguishable borders.

Although this condition may start as a non-cancerous tumor, it has the potential to be malignant. These tumors are covered in the Grade III scale and are called anaplastic oligodendroglioma. They develop at a faster rate and do not have distinguishable borders.

This grade covers the mixed tumors called malignant astrocytoma-oligodendroglioma. The tumor has grown cancerous and affects the astrocytes and the oligodenrocytes. This scale is the most serious and the one that needs immediate medical attention the most.

The treatment process will depend on a myriad of things – general health, extent and location of the tumor and the final diagnosis determined by the neurosurgeon. The treatment plan will rely on such factors and will help recognize which would be most beneficial to the patient. There are many treatment options available; however, not all will prove to be helpful for everybody.

Steroids will initially be given to reduce the vascularity and swelling surrounding the tumor. Anti-convulsants may also be given to those patients who are experiencing seizures and those prone to having them.

The most recommended technique for treating oligodendroglioma is through surgery. This is often the treatment choice for brain tumors that are low grade in nature and are covered in the Grade I and Grade II scale. However, brain surgeries aren’t fool-proof when it comes to completely removing the tumor, thus there is a need to employ other therapies to avoid reoccurrence of the tumor.

The use of rays that have high energies is called radiotherapy. It is usually referred to as the back-up plan after a surgery to help kill any fragments of the tumor left from the surgery. It can also be used to address tumors that are malignant and those that have the potential to become malignant.

This treatment choice is done before and after radiotherapy and makes use of cytotoxic drugs to help kill cancer cells. It can be done to help shrink the brain tumor, especially for those that can’t be surgically removed. It is also recommended for reoccurring cases and malignant tumors.

Prognosis for oligodendroglioma tumors may depend on the grading scale the tumor is in. Patients diagnosed and intervened upon earlier have a higher chance of survival. For a treatment plan to be successful, several techniques should be employed to guarantee a reduced chance or reoccurrence of the tumor.

Compared to other brain tumors, such as the common astrocytoma, oligodendroglioma has a higher survival rate. With the many treatment options available, it is possible to prolong the life of one who has this disease, although not always capable of totally removing the disease. The life expectancy of the person with such a tumor depends on the grade of the tumor and the soonest the treatment plan is put to action. Those that have Grade II brain tumors are more likely to live for 12 more years. Meanwhile, for those that have Grade III brain tumors, they are expected to live with an average of 3.5 years.