What is Soft tissue Sarcoma?

There are two types of soft tissue tumors one is benign and the other is sarcoma. Benign is a normal tumor and has no risk of life where as the Sarcoma are a rare form of cancer and a life threatening disease. Any body part can be susceptible to sarcoma and it may even affect the internal body organs. There are as many as 50 types of sarcoma which can grow in human body like Leiomyosarcoma, Hemangiosarcoma, Lymphangiosarcoma. The naming of the sarcoma comes from the tissue in which it originates.

Detecting a soft tissue sarcoma in an early stage is not at all an easy job to do. The disease leaves almost no clue while it originates. However with the growth of the tumor some symptoms and impacts start coming in front. The major and common symptoms of Soft tissue sarcoma can be discussed below.

Any of the symptoms can be a consequence of the soft tissue sarcoma, so it is always better to consult a doctor when your body shows the complications. A preventive step can save from the destructive future.


The treatment can be decided with the stage of the maligned tumor in the body.

Stage A: The first stage of the sarcoma is the initial stage of the disease. If diagnosed properly then the patient can be cured with the help of surgery. Surgery is one of the favored techniques to treat the cancerous tumor. Generally in this stage, the size of the tumor remains very small normally less than 5 cm and it does not spread also in other parts. This can be easily handled with a surgery to remove the portion of the body where it has generated. However it has to be ensured that it has not spread to the surrounding body parts. Radiation therapy can be applied after the surgery to stop the cancer to grow back.

Stage B: The next stage is more difficult to handle as the size of tumor grows to relatively large amount. The removal of the tissues from a large area might cause a problem as it starts spreading in the body. Surgery remains no option if the size of the tumor is large. However with Chemotherapy and radiation therapy the maligned area can be reduced so that a surgery can be carried out to remove the affected area.

Stage C:  This is the last and final stage of the soft tissue sarcoma. The size and the metastasis due to the tumor become wide and large in the body. The rate of curability in this stage drops down to a large number. But some patient shows improvement in the condition with the therapy and surgery. However doctors claim no guarantee after patient reaches the stage.

Even after the successful surgery the soft tissue sarcoma can grow back due to the potency of cancer cells to recurrent in the same location or other body parts.

The soft tissues sarcoma is not a common disease. But it can be very dangerous if it sticks to anyone. The disease can be cured at an early stage but if it reaches Stage C, the chances of getting cure get decreased. The Stage C a very less chance of improvement and cause death of the patient. However the outlook depends on some factors like age, type of sarcoma and place of origin and it may vary from individual to individual.

The cancerous Sarcoma can always come back from where it has originated even after a surgery or therapy that increases the chance of re surgery and therapy.

The overall survival rate of the soft tissue sarcoma is better than other cancer forms. The survival rate counted on the basis of 5 year survival has found that almost 90 % of the patient’s diagnosed in the Stage A have survived for 5 or more years. However the rate decreases to 75 % for the Stage B and 56 % for the early Stage C of the disease. 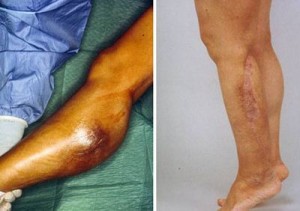 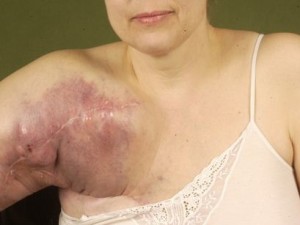 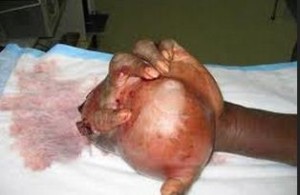 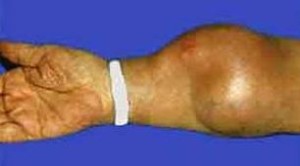