What is Pilocytic Astrocytoma?

Pilocytic Astrocytoma is a kind of non-malignant tumor often found in the brain. It arises from the astrocytes, which are brain cells in star-like forms. Astrocytes are the unit cells that safeguard the important nerve cells located inside the brain and the spinal cord. This condition however rarely affects the surrounding tissues where the tumor is found. Its unique feature is that it progresses at a slow pace but can eventually turn into a very large tumor. It is often diagnosed among children and young adults. 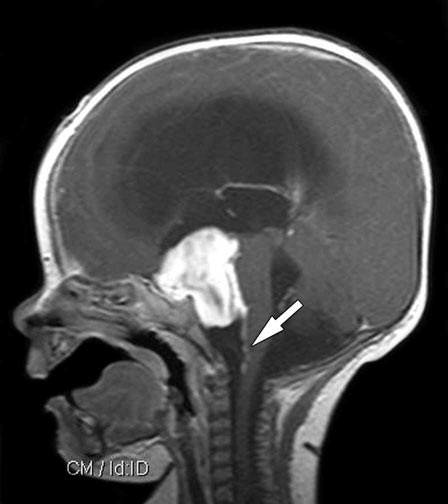 Since this condition affects the different portions of the brain, it can have varied neurological disturbances such as:

There is no known definitive cause of pilocytic astrocytoma. Researchers attribute it to various factors such as immunologic and genetic irregularities and environmental influences such as contact to ultraviolet rays, chemicals and radiation, which is common to many factors that can influence the progress of cancer. However, extensive studies show strong connection between specific genetic disorders such as type I neurofibromatosis, Li- Fraumeni syndrome or sclerosis of the tuberous and the likelihood of its occurrence.

According to the World Health Organization, grading a brain tumor is dependent on its growth speed, the ability to affect surrounding tissues and its benignancy or malignancy when viewed under the microscope. It is graded according to an I-IV scale with I being the mildest and IV as the most serious. Grade II and Grade III link the two extremes.

The brain cells look almost normal with very minute abnormal alterations. In this stage, brain tumors are growing slowly and are usually benign. Pilocytic Astrocytoma is often graded as Grade I.

There is no one sure-fire way in battling this disease. There are many treatment options for this condition. However, the best treatment will hinge on the size, the grade, the affected portion of the brain and the patient’s age. It will often necessitate the efforts of different medical professionals to make the treatment process a successful one.

The treatment process of this condition usually begins with steroids, which helps lessen the swelling and brain tissue inflammation. Anticonvulsants are also given in the event that the patient undergoes seizures.

Surgery is often the most recommended technique at addressing this condition. A shunt may be inserted inside the skull to help ease accumulation of fluid in the brain by drawing out the excess fluid. The tumor is removed by conducting a craniotomy wherein a portion of the skull is removed temporarily then inserted inside other parts of the body such as the stomach. After the tumor has been removed completely or partially, that portion of the skull is placed back into its original location. In most cases, a surgery is sufficient enough in treating the disorder.

Sometimes, there is a need to compliment surgeries with other therapies such as chemotherapy or radiation therapy to make it more effective. Radiation makes use of sharp strong beams that can help atrophy the tumors or cancer cells left after a surgery. The surgeons make 3D maps to make sure that they are able to hit the exact spot of the tumor, as it may also cause damage to other surrounding cells. A stereotactic radiosurgery is done to kill cancer cells, therefore reducing its ability to metastasize. Many professionals prefer this method because the dose used for this radiation does not harm the normal brain tissues. This is beneficial in attacking tumors with tentacles that are often difficult to reach.

Pilocytic Astrocytoma often have excellent prognosis once diagnosed. Since it is benign in nature, once the underlying cause has been known and located, treatment procedures may be immediately started. It often has a cure rate of 90 to 95 percent.

Since this condition is benign in nature, there is a higher chance of living normally after the tumor has been completely surgically removed. There is only very little chance, about 5 to 10 percent, for the condition to reoccur or progress even more. Kids and young adults often affected with this are able to resume their normal lives after necessary treatment procedures are undertaken.