What is Oropharyngeal Cancer?

Oropharyngeal Cancer, also called throat cancer, primarily affects the area in the oropharynx, which anatomically lies in the middle of one’s throat. The oropharynx includes the back of tongue, tonsils, and soft palate as well as the pharynx wall. The cells in this area are mostly made up of squamous cells. Since it affects the squamous cells, it has a strong association with the HPV or human papillomavirus infection. These cells grow abnormally which leads to the development of tumor and its metastasis. 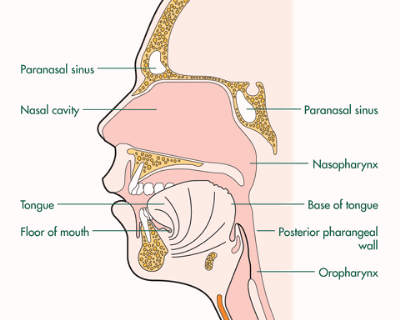 The Anatomy of the Oropharynx

Persons who are diagnosed with oropharyngeal cancer will commonly report any of the following symptoms and signs: 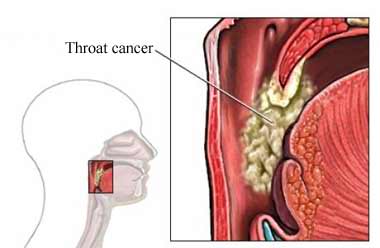 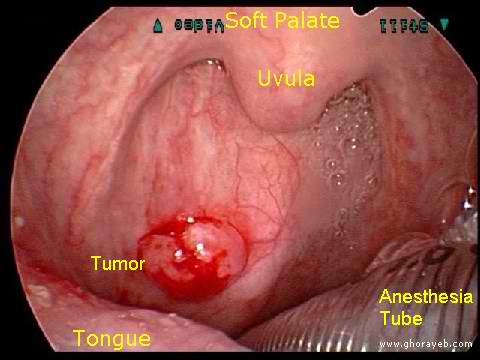 An Endoscopy Image Showing Tumor on the Oropharynx

Staging is the term that medical professionals used to determine the extent of the spread of the cancer. The stages will be the determining factor when choosing treatment. Most often, staging is brought about by the results of the diagnostic tests like biopsies, imaging tests, and endoscopic and physical tests. The goal of treatment is curing the cancer and preserving the nearby organs. The stages of oropharyngeal cancer are classified as stage 0 to stage IVC, which will be discussed further.

This stage is often described as “carcinoma in situ”. Here the cancer grows at the outermost layer of the oropharyngeal tissue. There is no metastasis happening. This is often the first stage of this kind of cancer.

Here, the cancer is already 2 centimeters in length and still there is no existing metastasis to other areas.

The length of the growing cancer is already larger than 2 centimeters but lesser than 4 centimeters. Still there has been no metastasis occurring in the nearby organs.

In this stage, there can either be a tumor that is larger than 4 centimeters with no existing metastasis or the tumor has no metastasis in other nearby organs but has already affected the lymph nodes.

Here either of the two situations may occur:

-the cancer is in the oropharynx, affecting the lymph node, and is larger than 3 centimeters but less than 6 centimeters in size.

-the cancer has already metastasize to nearby organs like roof of the mouth, muscles of the tongue, jaw, and central muscles found in the jaw or voice box. 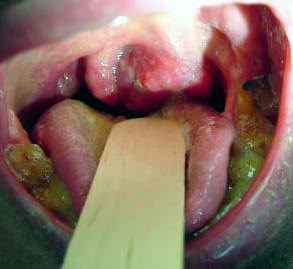 In this stage, either of the following may hold true:

-the cancer cells have surrounded the neck’s main artery or have metastasized to the bones in the skull or jaw, upper portion of the throat, or perhaps at the side of the jaw. It may also have spread to the nearby lymph nodes.

-the size of the cancer is larger than 6 centimeters and there is an occurring metastasis.

Here, the cancer has already spread to other parts of the body and not just nearby organs. The size of the tumor has already extended beyond 6 centimeters.

This is the first treatment done to oropharyngeal cancer. It basically involves the removal of tumor or cancer so as to prevent its metastasis. In the surgical procedure, the affected organ and the tissue that surrounds it, which is called as the margin, is removed.

This is sometimes the next treatment option after surgery. It deals with the using of high energy x-rays to eradicate the cancer cells. The common radiation therapy is the external beam radiation therapy, which is a radiation that is coming from a machine outside the person’s body.

The next treatment is chemotherapy, which involves ingesting cancer killing drugs to halt the growth of the cancerous cells. This is a systemic treatment that is delivered via the bloodstream. This is often done in cycles that are given over a certain period of time.

It targets the cancer-specific proteins, genes and other tissue environment, which contributes to the survival and growth of the cancer cells. This will block the spread and growth of cancer while it limits the damage done to normal cells. It has fewer side effects than other medications for cancer.

This is also known as biologic therapy, which aims to boost the natural defenses, the body’s immune system, to fight cancer. It restores the immune system of the person with cancer.

Recently, according to statistics, there has been an estimation of 40, 250 cases of adults diagnosed with oropharyngeal cancer. Approximately, 7,850 out of 40,250 of those affected die from this kind of cancer each year. There is a higher rate of oropharyngeal cancer in men than in most women. Over all, the incident range in men is 3.2 per 100,000 men while in women it is only 0.3 in 100,000 women. The statistics often change per year.