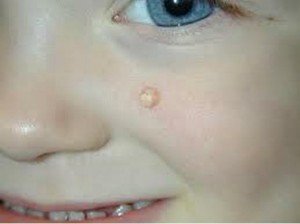 Pilomatricoma is harmless and does not progress to skin cancer. It is commonly present in children, but may also affect adults. The tumors arise on the head and neck where hair follicles are present, but it may develop in other parts of the body. The lesions are skin-colored, but may be purplish in other patients.

Pilomatricoma is responsible for twenty percent of tumors involving the hair matrix, and is the most common tumor affecting it. The incidence of pilomatricoma is up to 40% in children less than 10 years of age and 60% in people before the age on twenty.

Females are more at risk for developing it. It is also common among fair-skinned people or those belonging to the Caucasian race.  More than 50% of cases has pilomatricoma tumors on the head and neck. Other areas of the body where pilomatricoma may develop are in the extremities and trunk.

Pilomaticoma was first described in 1880 by Chenantia and Mahlherbe. They thought that the condition was caused by a problem on the sebaceous glands. Because of this, Pilomatricoma was named as Malherbe Calcifying Epithelioma.  In 1922, Cezenave and Dubreuilh described the characteristic histologic finding of the tumor. 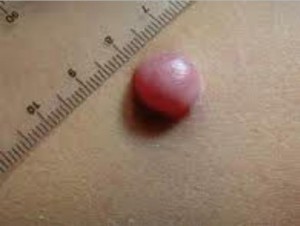 The exact cause of pilomatricoma is unknown, but several factors are associated with its occurrence. These include:

The primary treatment of pilomatricoma is the removal of the tumor. Surgical removal may employ the following procedure:

This procedure involves the surgical removal of the tumor by the use of surgical instruments such as scalpel and scissors. Excision of pilomatricoma is relatively easy because most of the tumors are encapsulated. However, recurrences may arise after the procedure when incomplete excision is performed. During excision, the presence of a less defined tumor that adheres to the surrounding tissues may indicate malignancy.

Pilomatricoma seldom progress to malignancy. Recurrence of the condition is also rare when careful excision is performed. The presence of multiple recurrences should be evaluated with pilomatrical malignancy. 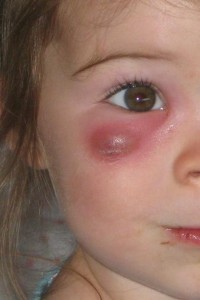 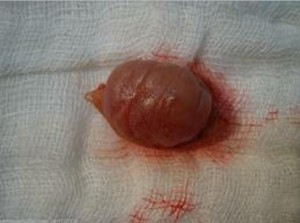