Cystic hygroma abbreviated as CH is an abnormal growth often considered as a congenital multiloculated lesion in the lymphatic system that may arise in any location of the body; although it has been noted mostly in the head, the neck and the armpit sites. 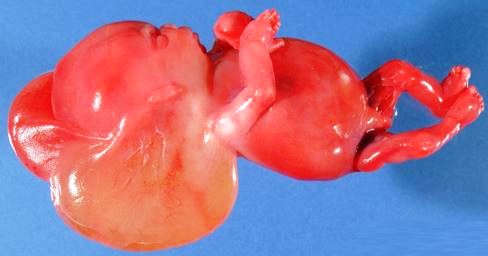 Large cyst-like cavities with lymph discharges are contained by a cystic hygroma which is made up of a watery fluid that is circulating throughout the lymphatic system. It is a benign condition, but it can be disfiguring an affected person.

CH is also referred to as a macrocystic lymphatic malformation or a cystic lymphangioma. This problem usually forms itself at the time of the pregnancy while the baby is still inside a woman’s uterus, or it can also develop after the time of delivery.

It is generally affecting children and in some rare cases, it is noted to be among adult individuals. CH simply means a water tumor due to its sponge-like collection of an abnormal growth that is filled with some clear type of lymphatic fluid. 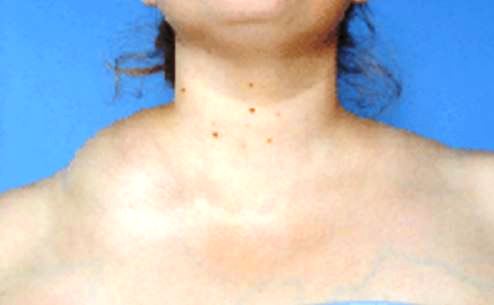 There are two types of CH and these are:

A person who is diagnosed to have the CH may present with only one kind of the malformations, or may have a mixture of both the macrocystic and microcystic malformations. It is found to occur approximately in 1% among the fetuses, commonly between the 9th week until the 16th week age of gestation.

The main clinical manifestation of CH is the presence of a non-tender compressible lump that is soft, usually located on the neck, which is referring to the common neck growth. It can also develop in other body areas such as the head, armpits, groin, buttocks and even underneath the trunk skin or the limbs of a patient.

Other symptoms among infants or children are:

CH varies in size accordingly from a smaller size into a bigger size, just like a similar size of the child’s head.  Large-sized hygromas can interfere with movements leading to some difficulties, or it can affect some daily routine activities.

Cystic hygroma can arise, either due to a genetic syndrome or as a result of some environmental factors. CH is observed among children with an existing genetic or chromosomal abnormality. There might be one or more abnormal growths at the specific period when the diagnosis is being made.

Common genetic conditions which are linked with the development of CH:

Imaging studies to specify the nature of the presenting cystic mass of the neck:

Cystic hygromas do not need any treatment during pregnancy instead; attending physicians will perform close monitoring of fetal status.

Surgery is the best option to remove all of the CH after it is noted at the time of birth.

Shrinking methods for large CH that cannot be removed by surgery due to its risks:

Chromosomal abnormalities are usually seen among fetuses who have CH. If in some instances CH resolves on its own by the 20th week of the pregnancy, and upon assessment the baby has the normal chromosomes, future outcomes are considered good. On the other hand, if it does not resolve on its own, then there is that great tendency that the fetus can encounter serious type of medical complications.