Bile Ducts are the small and thin tubes that are present across Liver and Small Intestine. The major functionality of the bile ducts is to carry the bile fluid from the liver and gallbladder to the small intestine. The fluid helps the body to digest the fat in the body. This is considered one of the rarest and critical forms of cancer in the body. 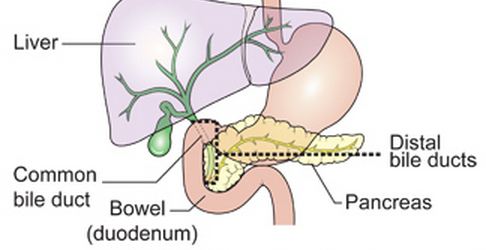 What is Bile Duct Cancer?

The symptoms of the Bile Duct Cancer are not so very different from the Liver Problems and other similar disease. It is therefore very important to get the patient checked by the doctor in order to diagnose the dreadful disease called Bile Duct Cancer. The various symptoms in the body arise because the cancer blocks the flow of the bile from the liver to a small intestine.

It has been noticed that many people are born with abnormal bile ducts. They are very susceptible to the Bile Duct cancer. The cysts are found normally in their bile ducts and that can cause the Bile Duct Cancer.

The growing age can be another cause of the Bile Duct cancer. However, the Bile Duct Cancer is more observed among the young people.

There are many treatments available for the Bile Duct Cancer. If the cancer is diagnosed at an early stage then it can be treated in many ways.

Life Expectancy of the Bill Duct Cancer is on average is 3-4 years if not detected early on. However, if diagnosed early on the stage then the patient can survive for even for 8-10 years. But, in case the Bile Duct Cancer is diagnosed very late and at a late stage of life, then the average life expectancy is around 1 year or even 6 months.